How to be a Good Conversationalist 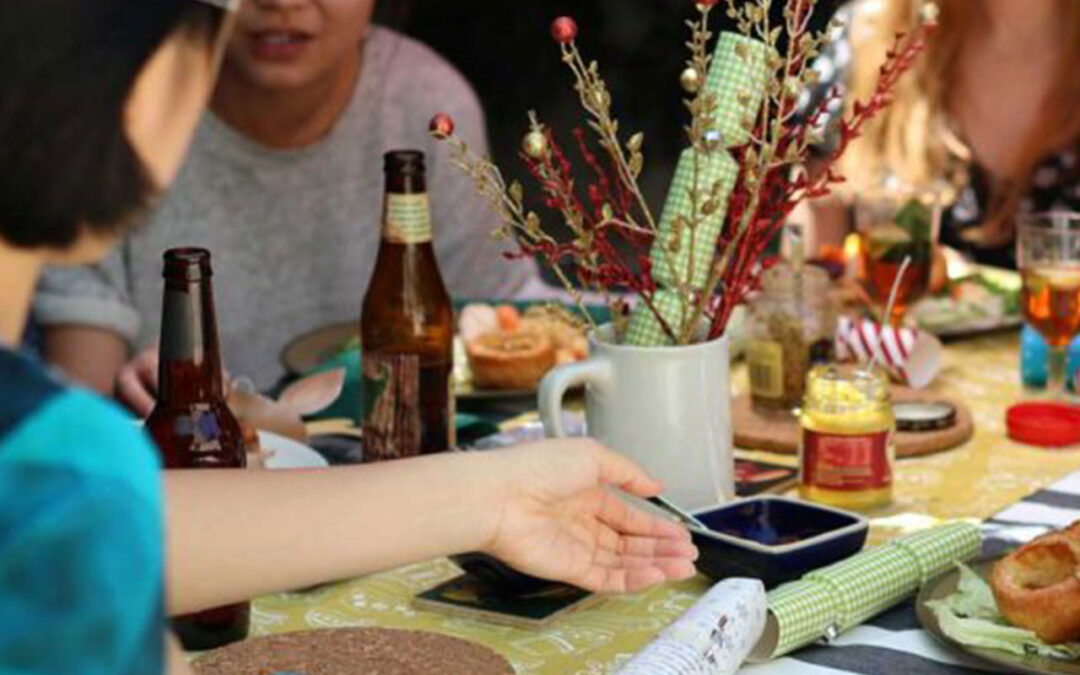 A good conversationalist holds the golden ticket to personal and professional success. If you can converse effectively, you will go far in life.

I went out for lunch the other day with a group of people, and something really bothered me that I thought might be a good topic for this blog because I don’t believe I am alone in what I’m about to say.

These people are wonderful, deeply passionate and engaging. They discussed all sorts of topics while we devoured delicious enchiladas and tacos at a delicious Mexican restaurant. Some of the things they talked about I didn’t have an opinion on, so I continued to eat and listen as I watched the conversations unfold.

Ideally, the banter between everyone would’ve chimed on like a beautiful song, waving up and down in tone and ebbing and flowing in harmony as each person took a moment to share their thoughts. But, that’s not how it went.

Here’s what really happened. I ate, they talked, I attempted to chime in, they talked over me, which resulted in me shutting down. This is a habit of mine, and I think it stems from childhood when I was bullied by a classmate, repeatedly slapped any time I tried to talk. I think it’s important to understand why we act as we do, because without that honest look at ourselves, we can never learn and grow.

So what have I learned?

When I’m in a group setting, I tend to go into listen only mode. I rarely take the volley of the conversation because to do that would require me to be more assertive and in a way aggressive even.

What do I mean?

As a listener, I get a front row seat to the dynamics of conversation. It’s incredibly interesting to watch.  It’s a dance of sorts. One person tosses out a thought, and the others leap to match it and interject their thoughts. To be in the position to actually catch the next wave of that volley and own it, a person has to either be more interesting than the others, have valuable information to share that is respected, or be louder.

The Flow of Conversation

Here’s what happens to me in a group setting. I shut down. We began talking about a subject I knew intimately. So, naturally I attempted to grab the speaking position and launch into my spiel. When I did this, others began to circle around my words until finally they overpowered me and took back the conversation.

This did a couple of things to me. For starters, it shut me down. I stopped sharing my thoughts mid-sentence and no one seemed to notice. The conversation took a totally different turn and I kept waiting for the right moment to sneak back in and latch onto it again. Only, it never circled back my way long enough to offer that moment. The only way I’d get my turn back was if I interrupted someone else, by speaking over her.

I won’t do that because I think it’s incredibly rude to do that, and it makes me feel terrible when someone does it to me. And the last thing I want to do is make someone else feel terrible. So, I chose to sit idle with my thoughts and just listen.

Now, I’m the type of person who wants to learn. I take every moment that makes me feel kind of crappy and try to figure out the lesson so I can figure out a way to avoid a similar situation in the future.

All my life, I’ve dealt with this issue when I’m in a group setting.

I don’t seem to have this issue when I’m engaged in a one-on-one conversation. Those always go so smoothly. The conversation volleys back and forth nicely on most all occasions. I guess that’s why when I’m in a group situation, I tend to veer towards the people who are sitting idle and in listen only mode too and strike up wonderful, full conversations with them.

When I think about group dynamics, the assertive voices often are the ones that rise and lead. They have something to say, and they want to be heard. For me, the frustration comes in when I want to be heard too because I feel I’ve got something of value to share, and then I find myself in a position where I’m talking over people and often having to trample over their voices repeatedly just to be heard. That’s not my style, and not something that makes me feel empowered. I typically walk away from situations like that feeling defeated and exhausted.

The Art of Conversation

So, two things. One, being aware of this whole group dynamic thing has helped me be a better listener, and for that I’m grateful. I think being a listener is a great skill, and if learned by more people, better more satisfying conversations would take place. Some of the greatest and most memorable talks I have had are with people who at first appear shy, and when prompted and nurtured to share by asking them thought-provoking, open-ended questions and really taking the time to listen to their response, they open up and share valuable stuff that has helped me grow as a person.

So this begs the question of what does a person like myself do when she continually finds herself in group situations? Do I continue to be in listen only mode? Do I stomp all over someone else to be heard? For me, I realize I can’t change the patterns and actions of other people. I can’t control whether they want to listen or talk over me. That’s their choice. What I can control is how I behave in such a situation. I have choices too.

I choose to assert my voice only when I feel people want to listen. Otherwise, it becomes this endless loop of one-upping another in a conversation where no one is listening because they’re all too busy interrupting each other. I’d rather save my energy for those who are willing to indulge in the art of conversation where one volleys a thought or question and the other receives it, lets it marinate and layers it with another thought or question.

Now, let’s flip this topic over on its side and say you are one of those who tends to talk over people, interrupt them, steal the words from their tongues before they can fully launch them. What can you do right now to transform into a better communicator? Maybe you’ve never realized how by doing that you are disempowering not only the other person, but even yourself because you’re not allowing for the full range of exchange of information that could be valuable.

Next time you’re in a group situation, monitor yourself. Take inventory on the flow around the table. Are you dominating? Are you interrupting? Are you talking over someone? Are you ignoring the quiet person politely listening to you? There’s something very simple you can do to nurture that person into contributing. You can ask her a question and listen as she answers. And if someone talks over her, be the change agent and stop the interruption.

We all have choices in life. What do you choose?  Do you choose to be the one talking, listening, or the empowering one who chooses to encourage a little of both?